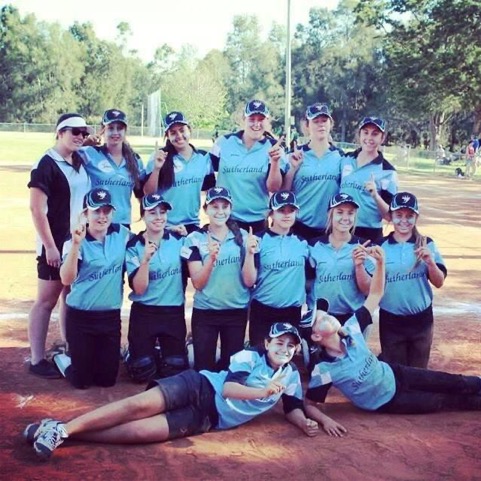 Both Sally (17) & Sarah (15) have represented the Sutherland Shire for a number of years already. Sally made the NSW Combined High School team in 2013 and is currently a member of the SSSA under-19s. Sarah was a part of the winning team in the Australian Regional Championships. She was voted MVP at the State Championships for Sutherland 15s, and is a current member of the under-17s and under-19s SSSA teams. (Sarah was a member of the under-19s as a 13 year-old in 2012) Both girls are in the Southern Metropolitan Academy and the Sydney East team – where Sally is Captain. Both also play A Grade at club level with and against current Australian representatives. Sally Diener was recently appointed NSW Head Coach Boys (Gold) for the IFS series. Both girls travel all over NSW and Australia in their quest for higher achievements in Softball. We wish them well on that journey.