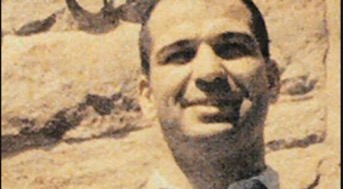 Montague ‘Monty’ Porter (1935–2011) was an Australian premiership winning and state representative rugby league footballer of the 1950s and 1960s. Porter was a second rower with the St George Dragons during their eleven-year premiership winning run from 1956 to 1966, playing in six grand finals. He was the inaugural captain of the Cronulla-Sutherland Sharks in that club’s foundation season of 1967. After football he had a successful career as a Sports Administrator.

Born in Peak Hill, near Coolah in the central north of New South Wales, Porter grew up in Werris Creek where his father, a country schoolteacher was posted. He played schoolboy rugby league at Tamworth High and later for East Tamworth, where as a nineteen-year-old he turned out against the touring 1954 Great Britain side. He played for Thirroul and Wests in the Southern Division. After an obligatory period of national service Porter arrived in Sydney in 1955 and obtained a start in the NSWRFL Sydney competition with Western Suburbs. He spent the season in reserve grade making just four first-grade appearances that year. He left the club in 1956 after spending the first six games of that season in the lower grade. He trialled with Thirroul in the Southern Division using a false name, to circumvent the residential qualification rules of the time, and spent the rest of the 1956 season in their top grade.

Monty Porter moved to the St George club in 1957 and was called into the first-grade team during the 1958 finals series at prop-forward, helping the side to their third successive premiership. From 1959 he cemented his spot as a second rower and enjoyed great success. The mighty St George won the premiership every year Porter was at the club. In 1966 he signed for the newly formed Cronulla club and became their foundation captain in their inaugural year of 1967.

He made one representative appearance for New South Wales in 1960.

Sports author Larry Writer describes Porter’s role in the elite Dragon’s side as “a tradesman in a team of stars, a self-described ‘plugger’ who did his job each game with minimum fuss and maximum efficiency”, whose primary job was to “tackle, tackle, tackle” and whose dependability was highly prized by his teammates. Writer suggests that such specialists hadn’t come into vogue in the 1960s in Australian rugby league but by the 1970s at least one such second-rower was critical for every successful side. Players such as Steve Folkes and David Gillespie are examples of those whose playing and later coaching careers were forged entirely on their defensive capabilities with playing styles similar to Porter’s.

During the Australian Rugby League’s 2008 Centenary Year a college of the game’s historians were asked to retrospectively give a Man-of-the-Match award for each of the 32 Grand finals held between 1954 and 1986 before the official Clive Churchill Medals came into existence. Porter was the winner of the 1960 award for his grand final performance against Easts.

Since 2008 the Cronulla Sharks Rugby League Football Club has awarded the Monty Porter Medal to its First Grade Player of the Year.

Monty Porter carved out an impressive career in sports administration after he retired from playing in 1968, culminating in recognition with the Public Service Medal.

Until 1970 Porter was the Cronulla-Sutherland club’s Club Secretary and until 1973 he was their chairman of selectors and under-23s coach.

Porter also managed the New South Wales State Government’s sports administration arm Sports House, which during the 1970s and 1980s provided free administration facilities for amateur sports. He went on to become Assistant Director of Sport in New South Wales, a role that he held for four years.

In 1983 Porter became a member of the inaugural NSWRFL Board of Directors. The NSWRFL administered the Cronulla Sharks during a difficult period and Porter stepped in as President of the club from 1984 to 1988.

In the development phase prior to the Sydney 2000 Olympics, during 1994 Porter accepted a caretaker role as acting General Manager of the Sydney International Aquatic Centres at Homebush.

In his role as a sports administrator, Monty was awarded in the 1993 Queen’s Birthday Honours List as a recipient of The Public Service Medal, which “recognises outstanding service by employees of the Australian Government and state, territory and local government employees”.

Monty Porter had suffered from Parkinson’s disease for some years before his death. He died on 24 January 2011. The ABC news described it as “the passing of a legend”.

Our Ambassadors and Patrons