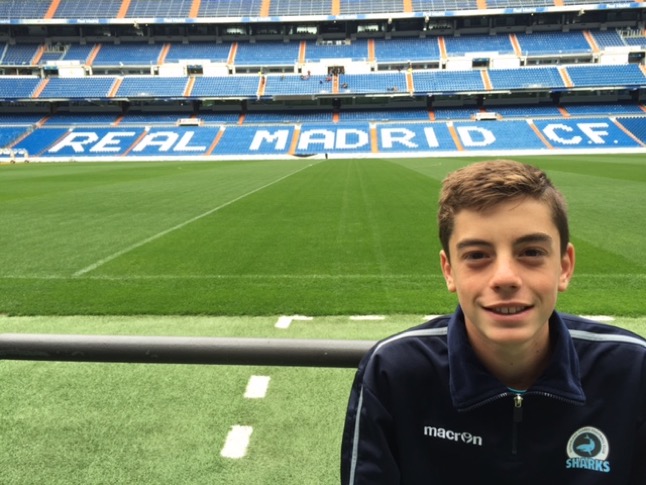 Midfielder Dylan Petitcuenot from Gymea turned 14 on the day he took part in UK Football trials. He was selected to play amongst with the 15-17 year-olds in Stoke City, 2018 and within a couple of weeks he was training alongside Stoke City’s academy players.

Dylan played club football with the Gymea United Football Club for five years then joined the Sydney Football Academy for additional skills training. In 2015 he made a Sydney Football Academy touring team and spent two weeks in Uruguay playing soccer at an elite level. In 2015 his dedication and commitment to training gained him a position in the Sutherland Shire district representative team – Sutherland Sharks.

Upon commencing training with the Sharks Rep team in December 2015, Dylan was invited to participate in the MIC Cup held in Barcelona, Spain. The tournament trip provided the opportunity for players to participate in training sessions at the Read Madrid training centre with coaches from Real Madrid. Supported by the Monty Porter Foundation, Dylan’s experience of international soccer culture has encouraged him to continue to build his skills and follow his passion.